We're back and we've been busy making our buildings safe 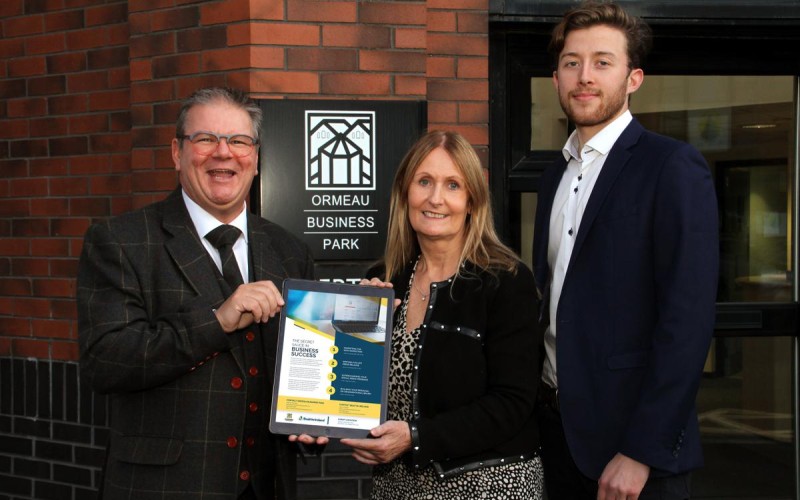 The Secret Sauce in Business Success

The Business Park, which celebrates its 20th anniversary next year, has partnered with Beattie Ireland to offer PR and marketing advice to its tenants and other businesses in the South Belfast area.

Ormeau Business Park was the first major development on the Gasworks site 20 years ago.  More than 140 people work within the Park’s 27-strong tenant base – the highest number ever. The Gasworks, where the Park is located, had been the site of Belfast’s gas-making industry during the 19th century.

“We are thrilled about our new partnership with Beattie Ireland, especially as we approach our landmark 20th anniversary. We have some fabulous tenant companies who have ambitious growth plans and we believe this new initiative represents a great opportunity for growing SME’s in South Belfast to gain important industry tips from a team of highly respected integrated communications experts.”

The PR and marketing advice will come in the form of four sessions over the next five months. The first event, entitled Marketing for Non-Marketers, is planned for January 16th at the Ormeau Business Park. The following three sessions have been scheduled for February 6th, April 2nd and June 4th in 2020. The series, led by Beattie Ireland MD, David McCavery, will incorporate practical advice on the secrets to a successful press release, boosting a company’s social media presence, building a corporate brand and the fundamentals of marketing. Interested parties are being advised to sign up for all four sessions in advance as there will be limited availability.

“The timing of our venture with Ormeau Business Park is perfect, as it celebrates its milestone anniversary.  We currently work with many ambitious SME’s and we believe these events will prove to be hugely beneficial in assisting local companies to grow their businesses.”

Companies, based in South Belfast who are interested in attending the events can find out more by contacting Patricia McNeill at patricia@ormeaubusinesspark.com. 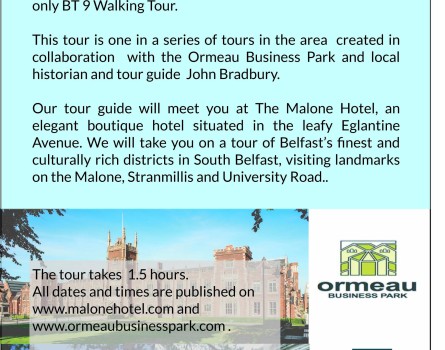 BT 9 Walking Tour in collaboration with the Malone Hotel 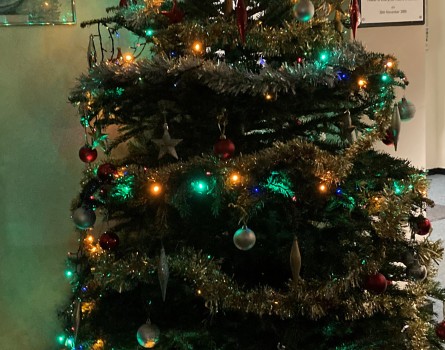